On June 14th, the USA will celebrate our 240th annual Flag Day, commemorating the adoption of the United States flag on the same day way back in 1777. How are you planning to celebrate Flag Day? And do you even have a proper idea as to what you’re actually celebrating? Once you’ve reached the end of this article, we hope you’ll be as clued up on Flag Day as Woodrow Wilson, the American president who first officially established the occasion in 1916, before an Act of Congress formally incepted National Flag Day in 1949. 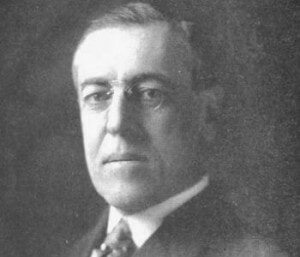 Why is National Flag Day celebrated?

National Flag Day provides Americans with an opportunity to show our respect for the U.S flag and all that it stands for. Both our independence and unity as a nation are represented by our flag, which acts as a truly powerful symbol of America that is always displayed proudly. In initially explaining the concept of Flag Day, President Wilson decreed that he had chosen this particular date because “it is the anniversary of the day upon which the flag of the United States was adopted by the Congress as the emblem of the Union.” Wilson continued in written form, “On that day rededicate ourselves to the nation, ‘one and inseparable’ from which every thought that is not worthy of our fathers’ first vows in independence, liberty and right shall be excluded and in which we shall stand with united hearts.”

Where does the American Flag originate?

Also distinguished by the nicknames ‘Old Glory’, ‘The Stars and Stripes’, and the ‘Star Spangled Banner’, the flag’s original design is widely credited to Betsy Ross, with 26 official alterations to its appearance having been made since. The most recent of these modifications was ordered by President Dwight D. Eisenhower in 1959, and a flag bearing 50 stars has been in use ever since. Ohio native Robert G. Heft, 17 at the time, had his design chosen out of more than 1,500 entries submitted to President Eisenhower, and his concept remains in use to this day.

Getting into the spirit…

Many US citizens proudly display the American flag outside their homes, and several public buildings follow suit to honor Flag Day, whilst the holiday is also observed in a range of other ways, with something for everyone (especially the children), to enjoy. However, whilst Flag Day is observed nationwide, it is a legal holiday in only a select few U.S areas, so make sure you double-check the vacation arrangements at your children’s school! Regular Flag Day festivities include Flag Day services, street parades, musical salutes, flag-raising ceremonies, school quizzes and essay competitions, in addition to award ceremonies for special distinctions and more. The National Flag Day Foundation is an example of one of the most prominent organisations committed to the staging of National Flag Day events, which signal the annual start of Honor America Days, a 21-day period which culminates on Independence Day (July 4th), during which public gatherings and activities are staged regularly to celebrate the history and traditions of our great nation. 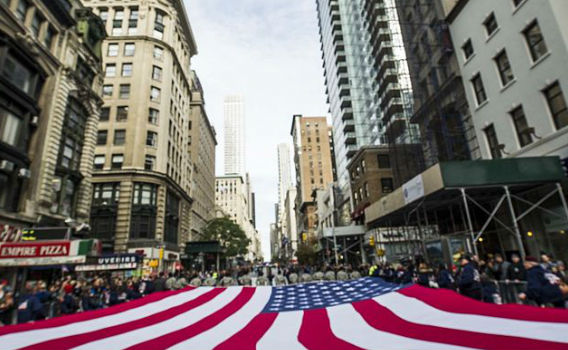 Where should I go for Flag Day?

Whilst Flag Day is celebrated all across America, there are specific regions that commemorate the occasion far more enthusiastically than others, and these places are ideal locations to visit if you’re feeling patriotic on June 14th, if in keeping with your lifestyle and budgetary requirements, of course. Fairfield, Washington, for example, takes great pride in organising the world’s oldest Flag Day parade, which has commenced annually since 1909 or 1910, with 1918 the only possible exception; several other commemorative events occur throughout the city on the same date. The oldest National Flag Day parade, meanwhile, is held in Appleton, Wisconsin, and has been continuously since 1950. Such commitment contributed to the city being named the “Most Patriotic in America” by AmericaTheBeautiful.com in 2008. And Quincy, Massachusetts is another flag bearer (pun intended) for the event, describing the annual Flag Day parade it has staged since 1952 as “the longest-running parade of its kind in the nation.” For America’s largest Flag Day parade, Troy, New York is the place to be, with the area drawing inspiration from its Quincy counterpart to attract 50,000 revellers year upon year, and Three Oaks, Michigan hosts by far the most comprehensive event in the form of a three-day long Flag Day parade.

We hope you have a fantastic Flag Day, and can take part in some fun festivities to celebrate our wonderful United States of America. To further your enjoyment of the occasion, we’re offering unmissable discounts on our entire luxury bathroom collection. Simply enter coupon code JUNE10 to claim 10% off all orders of $250 or more on bathroom showers, designer radiators and luxury faucets.

How to make the most of a Small Bathroom Space

What makes Towel Warmers perfect for a modern bathroom?
Scroll to top