As America gears up for its 242nd Independence Day, Hudson Reed are on hand to offer a brief overview of the event; why do we celebrate the Fourth of July and what are the best ways to do so throughout the USA? 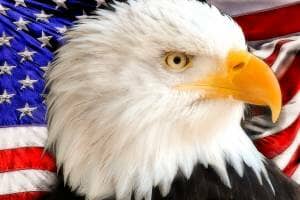 Why do we celebrate Independence Day?

On July 2, 1776, the Congress voted, in secret, for independence from Great Britain. The Declaration of Independence received final wording approval before the document was published two days later, hence July 4 being traditionally celebrated as Independence Day.

A huge array of different ceremonies and events have taken place to mark the occasion ever since, including the likes of 13-gunshot salutes, speeches, parades and fireworks, which remain a prominent feature of the celebrations today, and have grown to become an essential part of many Americans’ Independence Day since it was ordained a paid federal holiday in 1938.

Traditional Customs on the Fourth of July

Patriotic displays are a massive element of typical Fourth of July festivities, with USA-themed balloons, bunting, streamers and clothing impossible to avoid, wherever you are in the country. Families will often host or attend picnics or barbecues at which the Stars and Stripes are on display in at least one form or another, and the Star Spangled Banner, America’s national anthem, is just one of many patriotic songs belted out by those in attendance. 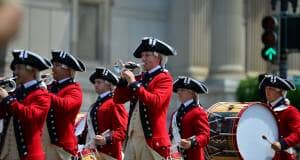 Bonfires on the Night Before the Fourth

The night before the Fourth was once a massive part of the annual celebrations too, with bonfires often representing the centerpiece of gatherings held on this night; New England towns would compete to assemble towering pyramids from barrels and casks, which would be torched in celebration at midnight. Some of the bonfires, set in Salem, Massachusetts, included up to 40 tiers of barrels, making them amongst the tallest bonfires ever recorded. A number of New England towns still continue the practice to this day.

Fireworks on the Fourth of July

Of course, fireworks on the Fourth of July are readily recognized as the most famous expression of celebration, and some amazing displays are held throughout the country, as well as personal shows at homes and properties all across America.

California imposed restrictions on the sale of fireworks back in 2015, cancelling the staging of their traditionally colossal public display in Cupertino in recognition of an ongoing drought situation. The state saved over 100,000 gallons of water as a result, and whilst it is difficult to envisage other areas following suit, our New York water usage research suggests that perhaps this, and other cities, could benefit from scaling back on the magnitude of their displays. New York’s Macy’s display used more than 22 tonnes of pyrotechnics, an American record, for its one-off return to the Hudson River back in 2009. 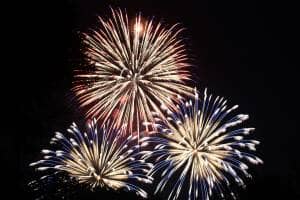 In addition to firework displays, there are all sorts of other celebratory Independence Day events that occur all across America on the Fourth of July, including the oldest known continuous celebration of the date in Bristol, Rhode Island, where a parade has been held since 1785.

The small town of Seward in Nebraska has held a town square celebration since 1868 meanwhile, leading it to be recognized as “America’s Official Fourth of July City – Small Town USA”. Seward’s 6,000 population tends to swell by well over 650 per cent on Independence Day, with 40,000 people typically descending on the area to celebrate.

Bristol, Rhode Island, has held an Independence Day parade since 1785

Detroit, Michigan and Windsor, Ontario also host a joint International Freedom Festival within the last week of June in order to celebrate both the Fourth of July and Canada Day (July 1). Culminating with an impressive firework display above the Detroit River, this, like many of the aforementioned events, incorporates a whole host of activities and entertainment including live music and a lot more.

The likes of NYC’s famed Macy’s firework display, the Boston Pops Fireworks Spectacular, and Washington’s A Capitol Fourth concert are usually televised if you can’t make it to the events in person.

We at Hudson Reed hope you enjoy the Independence Day festivities more than ever this year, and we’d love to see how you celebrate! Whether you’re attending a firework display or parade, or simply enjoying the Fourth of July at home, be sure to send us your best snaps on Facebook (Hudson Reed USA) and Twitter (@HudsonReedUS), and we’ll share the very best of them!

We’d also love to help you celebrate with some fantastic discounts on luxury bathroom showers, faucets and designer radiators. We have some amazing offers live on site right now, so be sure to check out our full collection and enjoy some incredible savings on our top quality bathroom range this Independence Day.

A Buyer’s Guide to Radiator Valves

A Buyer’s Guide to Kitchen Heating
Scroll to top
Our website uses cookies to give you the best experience of our site. By using this site, you agree to the use of cookies. Read our policy.